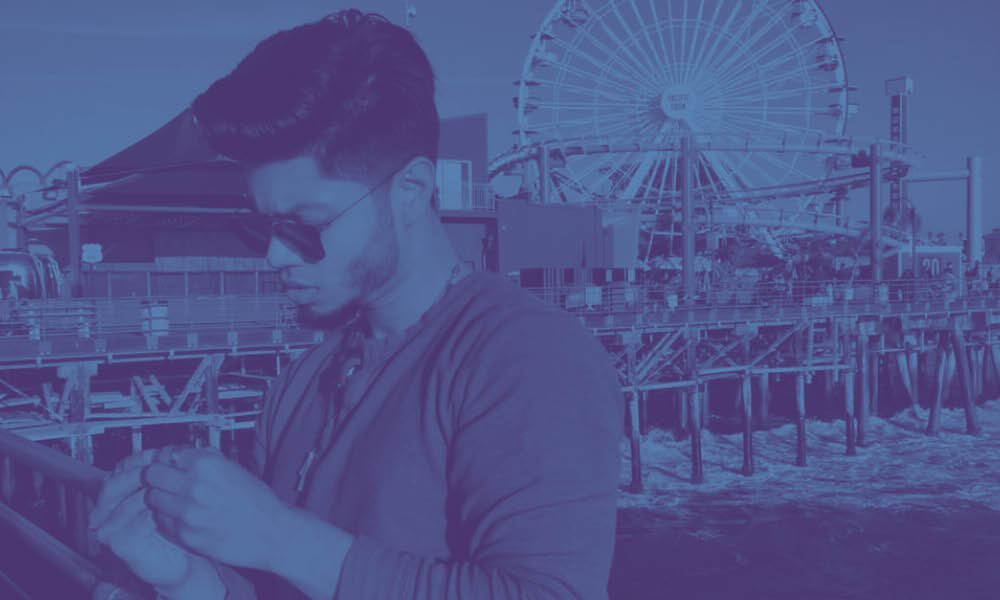 Sanjoy kicks off 2017 with the gorgeous ‘Obvi’

After a year that saw him breakthrough into the big leagues, multi-talented DJ, producer, singer and songwriter Sanjoy begins his 2017 with his first sumptuous single for Sony Music / RAL, who he signed with recently.

Obvi begins with Elliott Yamin’s stunning, soulful vocals gliding across soft piano chords and far-off wailing deep in the distance. Unique percussive sounds build up the energy towards the drop, where warm, undulating bass greets us alongside the lead riff, comprised of nothing more than distorted vox snippets arranged in masterful fashion. You can hear Sanjoy’s Californian surroundings oozing out every pore of this track, drenched in sunshine and feel-good vibes as is always the way with his lush productions.

The Sony Music deal is big news for Sanjoy, and is sure to rapidly progress his ascent through the ranks of the music industry. Sitting on their electronic roster alongside the likes of The Chainsmokers, Daya and Flume it’s no small feat and is testament to both his talent and his relentless hard work. Look out for more smash hits from this burgeoning star in 2017!